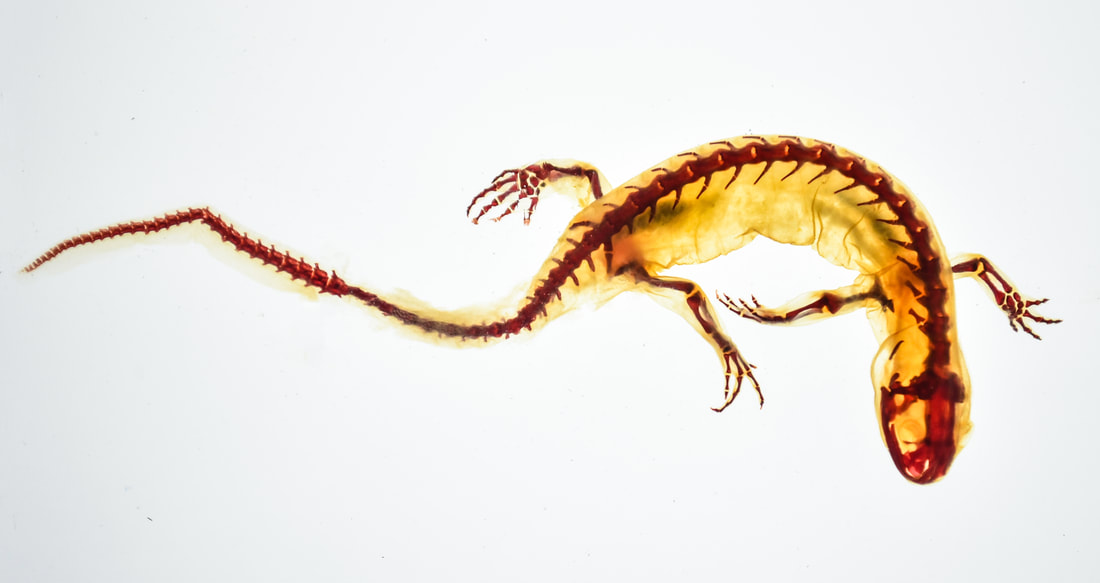 The CUMV Herpetology Collection became one of the leading university based herp collections in North America during the first half of the 20th century, largely due to the efforts of Professor Albert Hazen Wright and his wife, Anna Allen Wright. The major strengths of the collection, amphibians from the southeastern United States and reptiles and amphibians from the Northeast, reflects the intensive collection by the Wrights. Much of the material collected by the Wrights in New York and Georgia is not duplicated elsewhere.

The last 30 years have been seen important acquisitions for the collection. To complement our traditional strength in North American taxa, we have made a concerted effort to obtain foreign material, especially synoptic series representing geographic areas. This material includes research specimens collected by Dr. F. Harvey Pough in Western and South Australia. The donation of a personal collection by Dr. Kraig Adler (Neurobiology and Behavior) has added more than 100 new species to the collection. Through collecting, exchanges and acquisition of other various collections we now have good representation of Costa Rican viperids, lizards from Western and South Australia, amphibians and reptiles from Puerto Rico, snakes and lizards from Mexico, and a more representative collection of African and European species.

Albert H. Wright and Anna A. Wright were early leaders of the collection, and many of the specimens that were used for color pattern descriptions in the classic volumes: Handbook of Frogs and Toads, and Handbook of Snakes I and II, are located on our shelves.

The McJunkin Family Reticulated Python. Collected in 1914 in the Philippines and housed by the McJunkin’s until their donation of the specimen to CUMV. This is the largest articulated wild-collected python housed in any collection.

Our amphibian collection, specifically the spotted salamander, was used to show how land-use practices can impact the phenoytpes of resident populations when input into the system is altered from its natural state.

If you have a disability and are having trouble accessing information on this website or need materials in an alternate format
​please contact web-accessibility@cornell.edu for assistance.